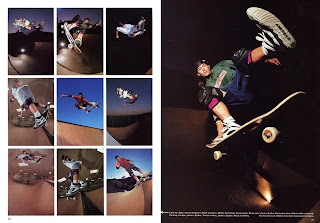 His wife Kerry, and their children Keaton (13) and Olivia (8) lost a husband and a father on Friday. And skateboarding lost a brother—one who made his mark on his board, but who went on to affect us all in far more profound ways for who he was off his skateboard. Quite simply, he was the best of us, and is tremendously missed."
Posted by Shawn O'Connor at 10:29 AM 1 comment:

"Hey, Wha' Happened?" ... yea, i know.... i went on vacation and took the week-and-a-bit off the blog. i have tons of photos from that week, but they seem to be taking a while to resize and edit. so for now, you get this.

when we got back from our vacation, i checked my email and was amazed to see that an old friend had emailed me about getting tattooed. if you've been involved in the edmonton music scene in any way the last 10 years, you probably know Nik 7 of the mighty Shout Out Out Out Out. i had run into Nik about a year ago at the Little Caesar Pizza by the studio, but other than that, i hadn't seen Nik in probably 10 years.

not only was it great Nik wanted to get tattooed, but it was an amazing tattoo.

Tattoo of the Month-

"Pobody's Nerfect" wow.... in fancy script. wow..... amazing. i love doing fun tattoos. i should have taken a photo of the amazing Big Business shirt he was wearing, but hey, poboby's nerfect....

i had a great time tattooing and hanging out with ya Nik! it's always great to catch up with old friends, but it's extra special to see someone that you were doing creative things with 10 years ago, still working hard and creating. i believe Nik even has a song about this... but it's true. Nik's been working hard making music in Wilf's basement for over 10 years now and still manges to produce new, and amazing projects. Truly inspiring for me.

soooooooooooooooo......... let's take a jaunt down memory lane for fun. you may know and love Nik 7, electronic wizard and front man of shout out out out out, however, Nik has played in many other bands. i'm going in reverse chronological order, because it's more fun that way....

alright, so the first and probably most remembered will be The Cleats. Nik and Chris in a hall 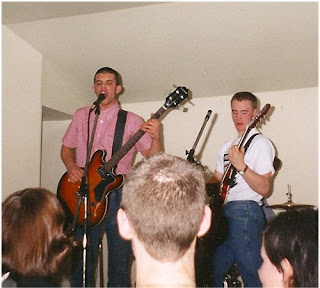 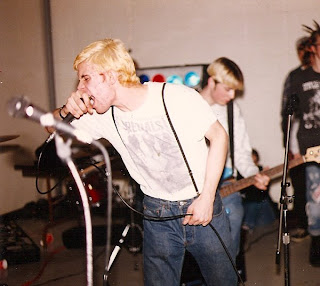 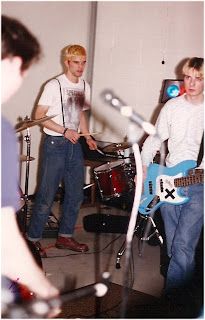 same show, different band. i believe Nik played in 3 bands that night. who remembers The Skeptics? 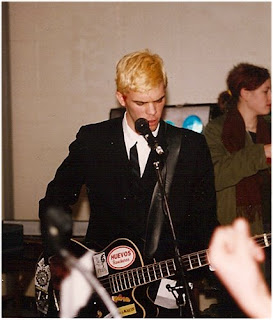 different show, same band. i do remember this being a day show, so Nik is not wearing his sunglasses at night. 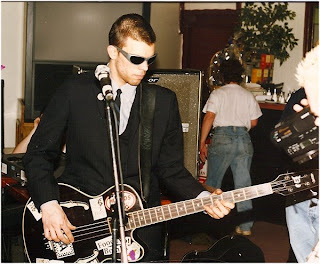 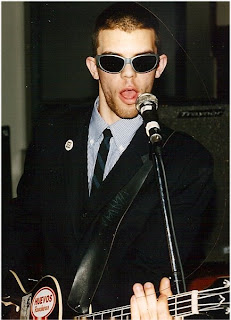 so these last 2 are special to me because this was the first show i had been to. i would have been 14 or 15 at the time, it was Defiance in a basement across from Kingsway Garden Mall, and Nik's band The Lackey's opened. it was all down hill from here for me.... in a good way. 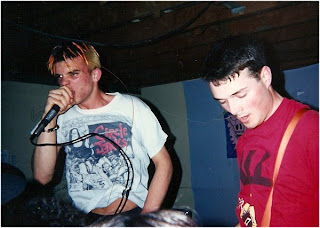 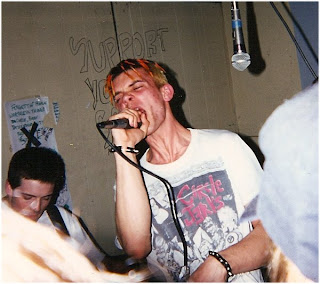 just to show it's all in good fun.... Nik made us want to learn to play music and start bands, period. to this day, i still screen print all my own shirts in my house, because Nik got me into it when he worked at a screen printing studio. 100% DIY, punk rock, forever.

me and my best friend peter, back in the day.... 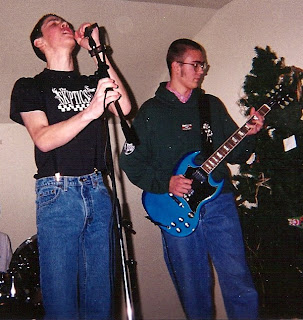 this is where i should have taken a photo of me and Nik together, 10 years later, to document the passage of time. but again, hey, pobody's nerfect....

ps- this is a SMALL sample of my old Nik photos. Nik, you're lucky i couldn't find any of my old Edmontons photos, featuring Nik and Chris playing surf rock in only jock straps, if memory serves correct.... let's go skate some time soon!
Posted by Shawn O'Connor at 7:51 AM 1 comment: